Australia and China have enjoyed a productive and profitable relationship in the mining industry over the last decade, with the former’s massive iron ore production helping the latter satisfy its vast demand for iron and steel. Australia is the world’s largest producer of iron ore, and its sales account for 60% of China’s iron ore imports. Iron ore is a key component in the production of steel, of which China aims to produce 981 million tonnes in 2020.

However, this relationship has become increasingly strained in recent years, as China looks to reduce its reliance on a single country to meet its iron ore demand. Total Chinese investment in Australia fell from over $11.5bn in 2016 to just $6.2bn in 2018, according to figures from the University of Sydney and auditor KPMG, with mining bearing the brunt of this decline. Chinese investment in Australian mining in particular collapsed, falling by 90% as just five deals were completed in 2018.

Analysis
Is patience a virtue? The new issue of MINE Australia is out now 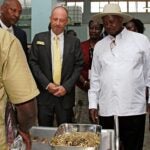 While the vast scale of Chinese investment in Australian mining means there are still significant sums of money moving between the countries – even after the 90% decline, China invested around half a billion dollars into buying stakes in Australian mines and miners in 2018 – more recent geopolitical developments have further tested this relationship. With Australia souring on China due to the spread of the Covid-19 pandemic, and China looking to other countries to source its metals and minerals, the future of this relationship is uncertain.

China is heavily involved in buying the products of Australian operations. In the first half of the year, Australia overtook Mongolia to be China’s largest supplier of coking coal, with shipments of the resource from Australia to China increasing 66.5% year-on-year. This entrenched relationship, combined with the close proximity of the two countries to one another, means this relationship is unlikely to change in the near future.

“In the future it is possible that China could source higher volumes of thermal coal from other countries, such as Russia and Indonesia, but the quality of coal in the latter is inferior to that from Australia, which leaves Australia as a much more favoured source,” explained GlobalData analyst David Kurtz. “China depends on Australia for an estimated 70% of its coking coal imports specifically, and, with no alternatives for the high quality, it is very difficult for China to reduce its dependency on Australian coking coal.”

These figures are particularly encouraging for the long-term viability of Australian coal trade to China, as they exist against a backdrop in which China’s year-on-year coking coal imports increased 5.6%. Despite any uncertainties regarding the relationship between Australia and China, or tensions caused by the Covid-19 pandemic, Australia has emerged as a favourite trading partner for a Chinese industry that continues to expand.

Indeed, China’s imports of coking coal increased 28.9% in June alone, a dramatic increase that is not necessarily indicative of a long-term increase in coal imports, but one that does suggest that China’s demand for coal from overseas is not likely to subside any time soon.

However, this trend runs counter to changes in thermal coal prices, with the price of coal halving in the last two years, casting doubts over the long-term financial viability of this trading route. Furthermore, research from the Australian Financial Review found that China is buying a particular type of coal favoured by Australian exporters, that which boasts an energy content of 5,500 kilocalories per kilogram, for $30 per tonne more from domestic sources than overseas mines. This trend could be the result of decades of consistent trading between the two countries, with deals and sales now so entrenched that they are continuing despite changes to the economic climate around them, which makes some of these deals less financially viable.

Another instance of the closeness of the Australia-China relationship is Shandong Gold Mining’s acquisition of Cardinal Resources in June. The deal is valued at around $214m, and saw the Chinese miner, controlled by the government of Shandong province, purchase the Australian company and its Ghanaian assets.

Cardinal’s primary operation is the Namdini gold project in northern Ghana, which boasts 5.1 million ounces in reserves, and is currently the subject of a feasibility study to determine the project’s financial viability. Cardinal itself has noted that the project has received “strong local support” through Ghanaian Government ministries and public hearings, which has made the project attractive to foreign investors.

The mine also has significant long-term financial potential, with Cardinal’s latest financial report noting that in June 2019, the company’s assets could have a value of around $14.9m, up from $7.3m the year before. However, these estimates would not be enough to offset the losses of $19.3m the company endured in the twelve months to June 2019, with exploration and corporate administration expenses taking their toll on the junior miner’s coffers.

Shandong’s interest in the company, therefore, marks a shift in Chinese policy towards Australian mines. The sentiment is away from large-scale purchases and involvement in well-established mines, to looking to capitalise on high-potential assets at an earlier phase of development, and without years of established financial successes behind them.

Conversely, there have been some moves in the opposite direction, to separate Chinese involvement from Australian assets. Australia’s Foreign Investment Review Board (FIRB) for example, is considering blocking Tianqi Lithium’s proposed deal to sell its 51% share in Australia’s Greenbushes mine to another Chinese company. Greenbushes is the world’s largest lithium mine, with an annual production of around 1.34 million tonnes of lithium concentrate, and FIRB’s reluctance to see such a prized asset remain in Chinese hands is an example of blurred lines between foreign policy and economic incentive.

Canadian analyst Stormcrow Capital told Mining Journal that the move could be “an early Christmas present for a western company,” with the remaining 49% of Greenbushes already owned by US company Albemarle, and the future of the mine looks like it will be determined as much by political will as financial circumstance.

The move is also a blow for the diversification of Chinese assets in Australia. While China is well-connected to Australian coal and especially iron ore, the loss of a different type of resource is perhaps emblematic of a relationship that is slowly fracturing.

This relationship has been further tested in recent months with the spread of the Covid-19 pandemic, with a number of countries hesitant to trade with China following the origins of the virus in Wuhan, in Hubei Province. Australia in particular has raised tensions with China, calling for an international investigation into the virus, and China responded by cutting imports of Australian beef and barley.

“Fearing the acquisition of strategic assets of distressed companies during Covid-19, Australia has temporarily tightened the rules on the foreign takeovers, leading to rising diplomatic tensions,” explained Kurtz. “However, at present, the relationships between the Chinese and Australian miners have not been impacted by the diplomatic rows, barring a few changes by Chinese customs authorities on iron ore import inspection procedures.”

While these concerns could prove to be little more than temporary squabbles, they have the potential to become more significant due to Australia’s reliance on China for its iron ore exports. China accounts for nearly 90% of Australia’s iron ore exports, despite a general slowdown in new deals between the two countries, and should relations sour to the point where China turns its attention elsewhere, Australia’s vast reserves of iron ore could be without a home.

Unfortunately for Australia, the construction of what the South China Morning Post called “mega ports” on the Chinese coast could see this fear realised. These four new ports can accommodate some of the largest shipping vessels in the world, ore carriers operated by Brazilian miner Vale which can carry up to 400,000 tonnes of raw ore, significantly more than the 250,000-300,000 tonnes carried by most Australian exporters.

This combination of external pressures and viable alternative trading partners could undermine the long-term relationship between China and Australia in the coal industry, as Kurtz notes that “political decisions involving the changes of rules on takeovers, mergers and joint ventures may limit [Chinese] ambitions.”